The History of Incomparable Raddy

Popular posts from this blog 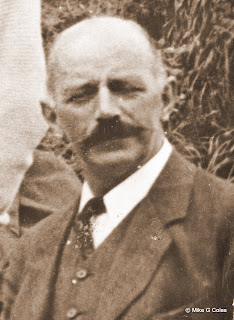 In the words of George W Hearn, a former secretary of Weston-super-Mare Swimming Club who went on to be President of the Amateur Swimming Association: “The formation of FINA in 1908 came about more by accident than intention … I thought that since the representatives of all Nations were in London for the Olympic Games of 1908, it would be a good opportunity to talk over the vexing question of amateurism and at the same time to compile a list of world records made under similar conditions and under proper supervision.” The ASA gave Hearn permission to call what turned out to be an historic meeting, one that lasted four and a half hours at the Manchester Hotel in east London on July 19, 1908. “I occupied the Chair, I agreed to act in the position of Hon. Secretary, a post I retained for 20 years,” wrote Hearn in an article for a commemorative FINA Bulletin in 1938, when the federation celebrated its 30th birthday at a time when the winds of war were about to blow across the world.
Read more

A History of Knightstone Island, Weston-super-Mare 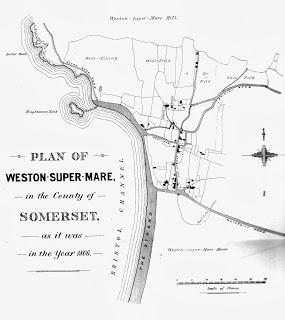 Knightstone Island in 1806 Plan of Weston-super-Mare showing Knightstone Island in 1806 from The First Guide to Weston-super-Mare 1822, edited by Ernest Baker and reprinted in 1901. Knightstone Island was acquired by the Pigott family in 1696 (they later became the Smyth-Pigotts) and they owned it until the early 19th century. It was purchased in 1820 by Mr John Howe from Bristol. He constructed the first medicinal baths there, which were rented in 1822 by Benjamin Atwell. There were hot and cold saltwater baths, a lodging house, public refreshment rooms and a reading room. At that time the island was connected to the mainland by a natural pebble ridge, which was covered at high tide. Reverend Thomas Pruen bought Knightstone in 1824. He commissioned the construction of a causeway to the island, which was built above the high tide level, and a low pier, which was used by pleasure boats. He also built an open-air tidal swimming pool on the shore, which was replenished by seawater at
Read more